If anyone has ever read Agatha Christie's short story YELLOW IRIS, you came across a well-written song that she penned which was beautifully orchestrated and sung in an adaptation of the same story in the David Suchet incarnation of Poirot. I know that Christie has a background in music and even desired to become a concert pianist and opera singer which was nipped in the bud. First off because she was too shy to play in front of such a wide audience and secondly, she was told her voice wasn't strong enough even though she could sing and in the right key. Surprisingly, Christie never supplemented her writing career by being a lyricist. The adaptation really bought the song out and made it a memorable and haunting piece. If it wasn't for those lyrics that Christie penned, we wouldn't have heard of such a song in the film.

There's another one towards the end of the written story called "There's Nothing Like Love". Again, another fabulously written piece, unfortunately, it wasn't used in the film. Would have been nice if the last scene in the film ended with Tony and Pauline dancing away in the nightclub, but alas, it didn't happen. Instead, we have Poirot eating fish and chips in a car with Capt. Hastings which is a nice, comedic ending. 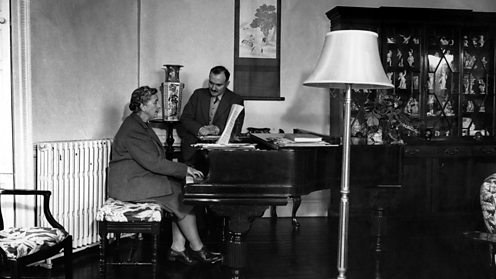